I had an opportunity to do a project with the University Primary School students back in February of 2012, and this is the result of that activity. I built a seven-color LED light wand that the kids could control. I took time exposures of them as they danced around and flashed different colors. I also had flash units off to the side so I could capture them mid-motion. See below for more details on how I made these pictures. 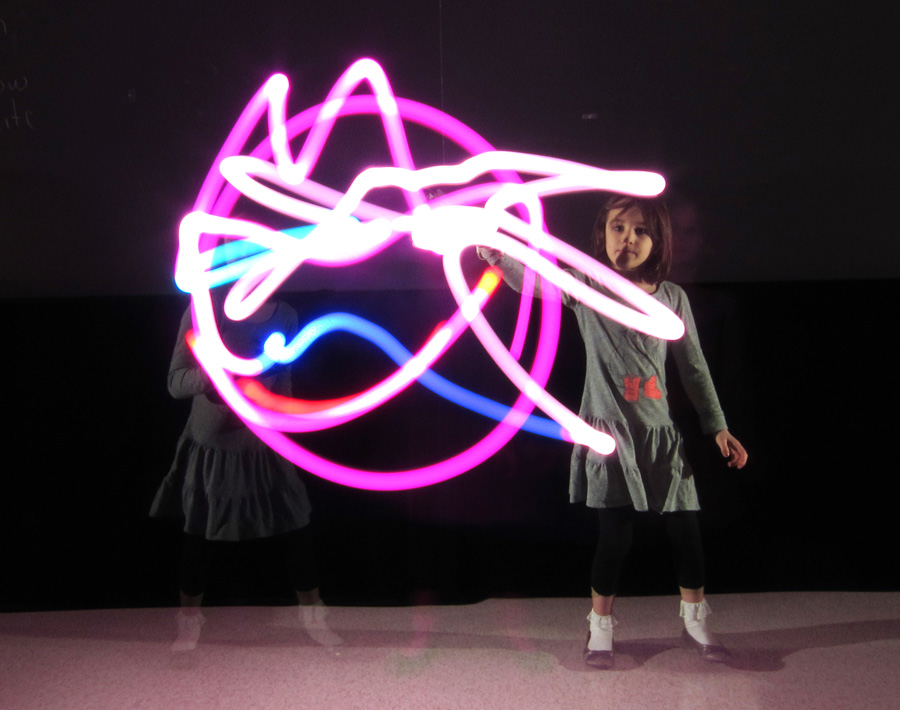 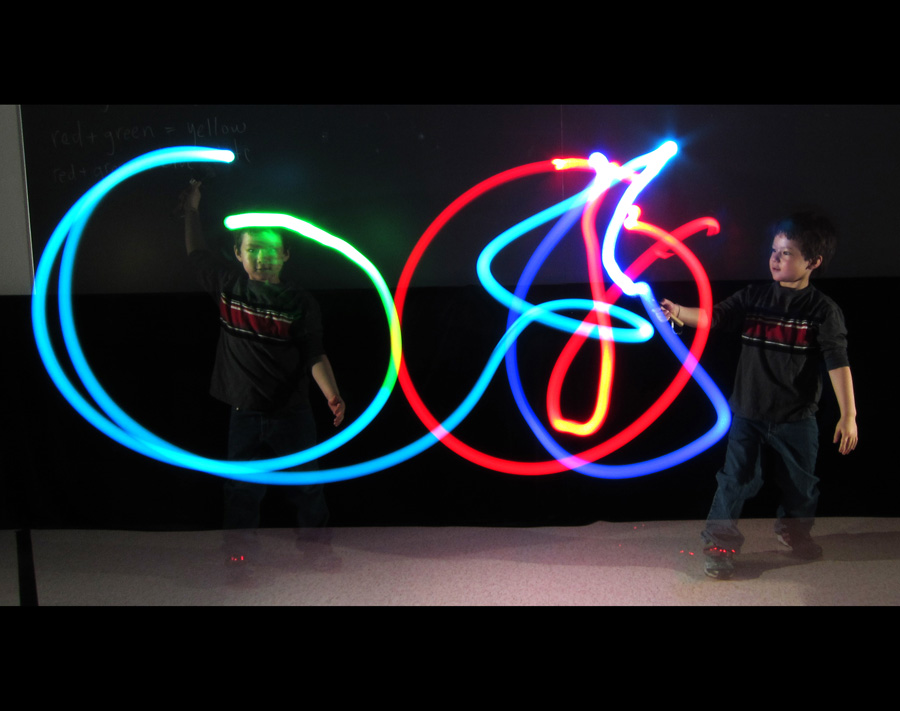 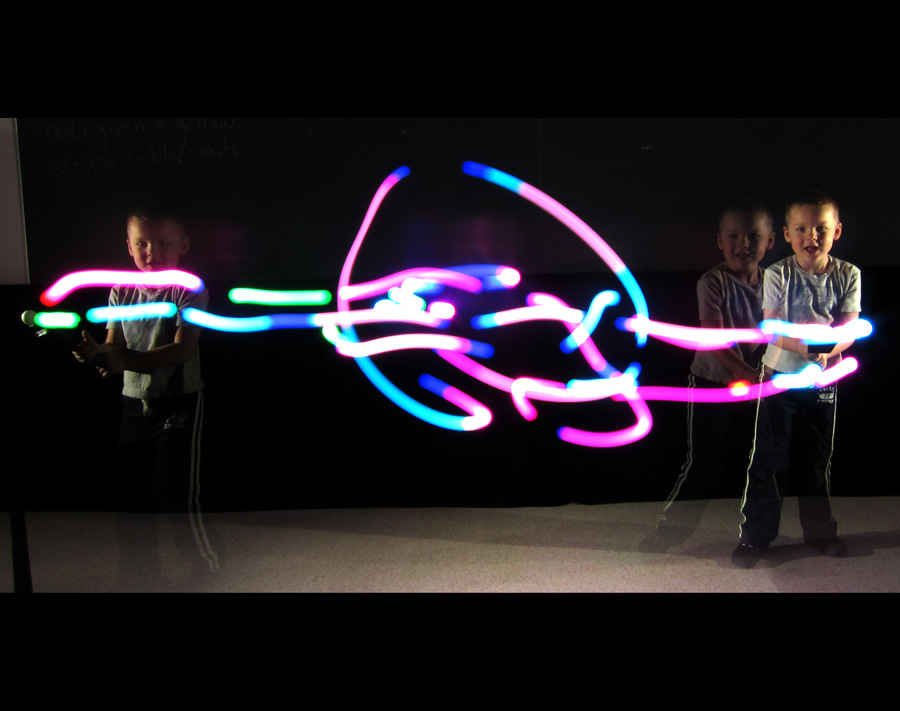 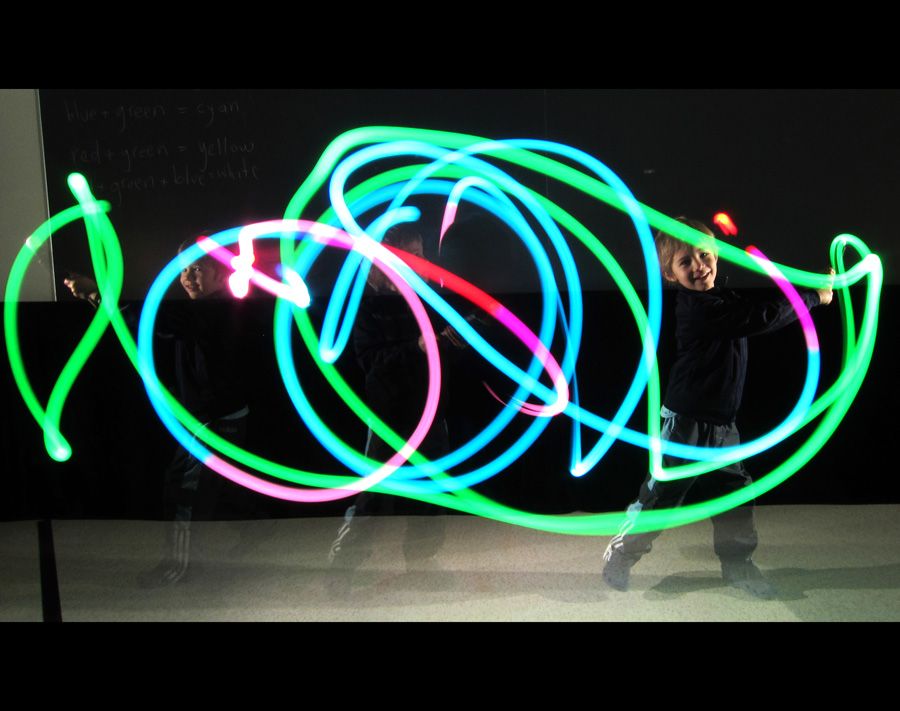 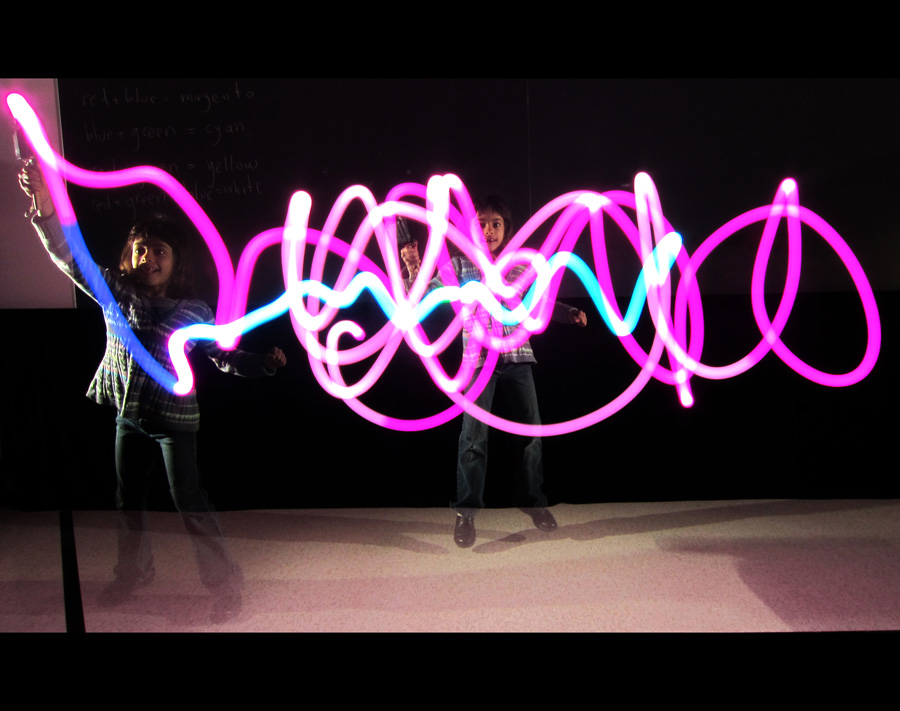 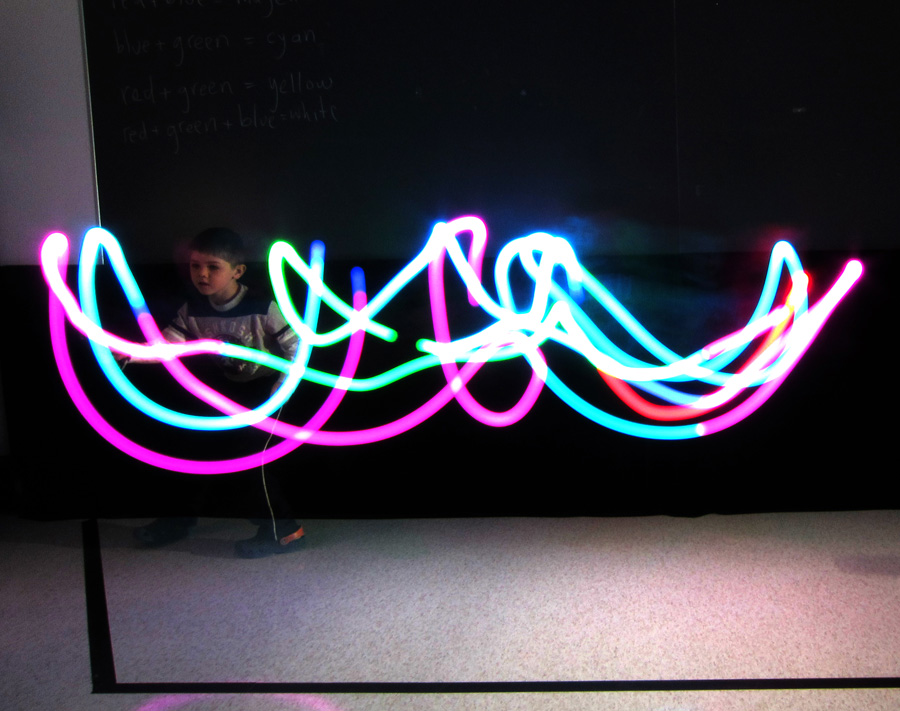 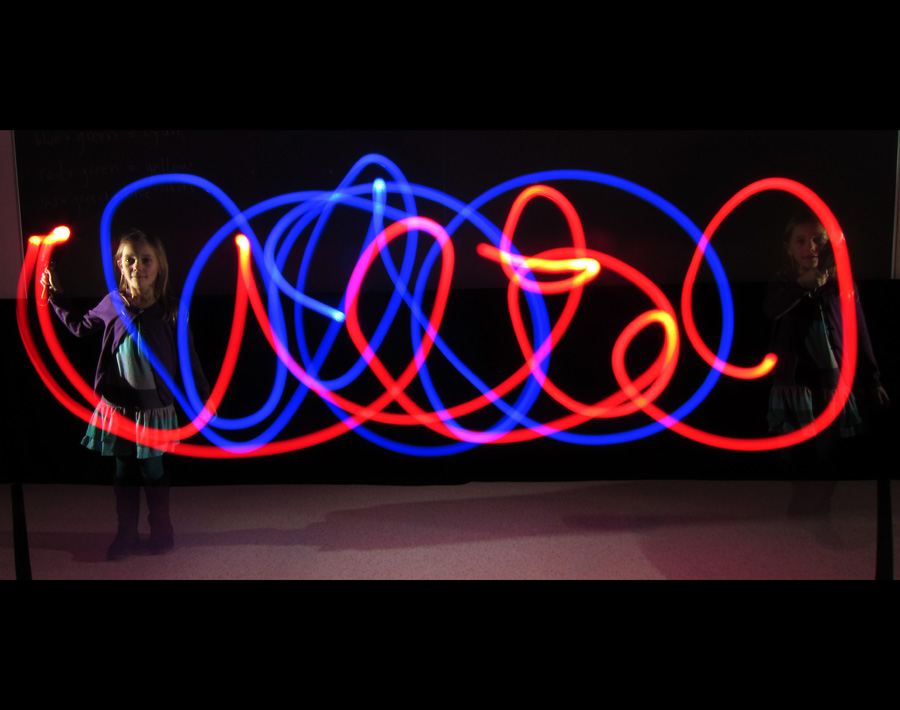 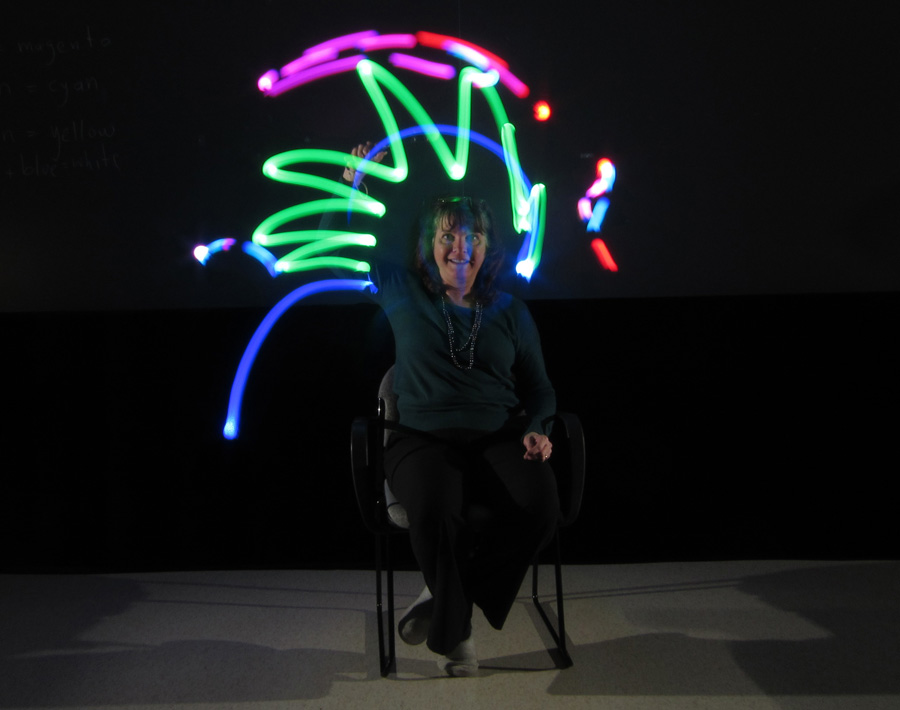 Here is a video of the LED light wand in action:

It was a quick-and-dirty build, but the final product was definitely functional. Here is a teardown:

The wand comprises the following components:

They are connected this way: 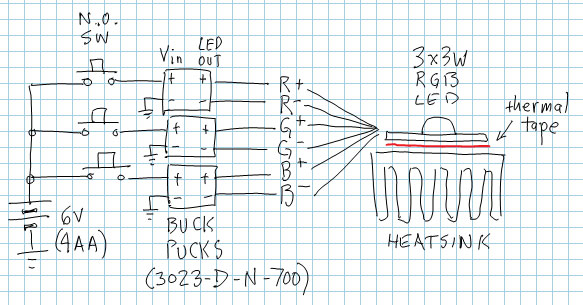 The photos were taken with a Canon HS500 compact camera. Most any camera will work as long as it has manual controls. These are the settings I used:

Of course, the camera was placed on a tripod.

During the exposure, I manually triggered two flash units located off to each side. This allowed me to capture an image of the child mid-motion. The strobe units were Vivitar 283s with a Varipower attachment that let me reduce the light output. As I recall (not sure about this), I turned the power all the way to the minimum. I put each flash unit inside a cardboard box to shield the stray light from hitting the camera or the background. I built a trigger switch to fire the flash units.

Here is a layout of the setup: 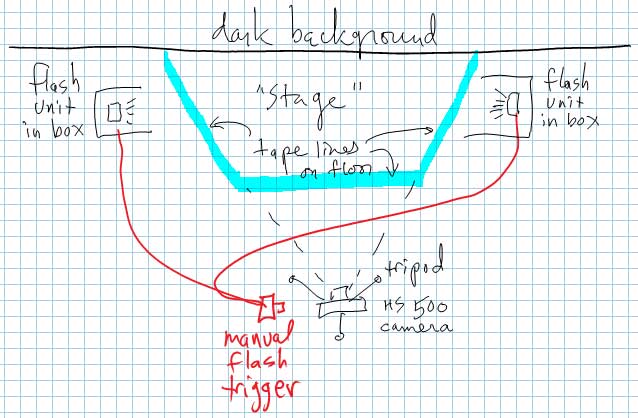 I applied gaffer tape to the floor so the kids knew the boundaries of where they could perform.

My friend Stephen Cartwright built a similar device based on this circuit design. Being a skilled craftsman, he created a much more refined version: 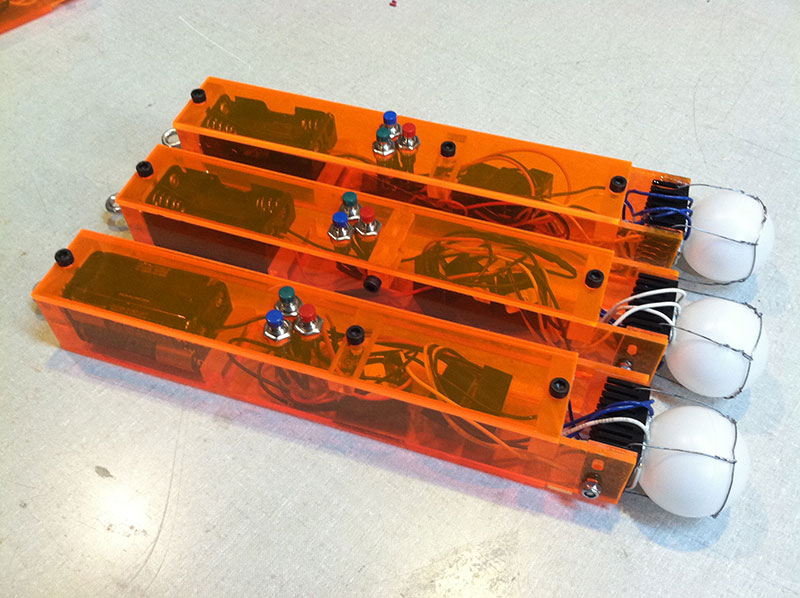 Here are some images he and his wife Amy created: 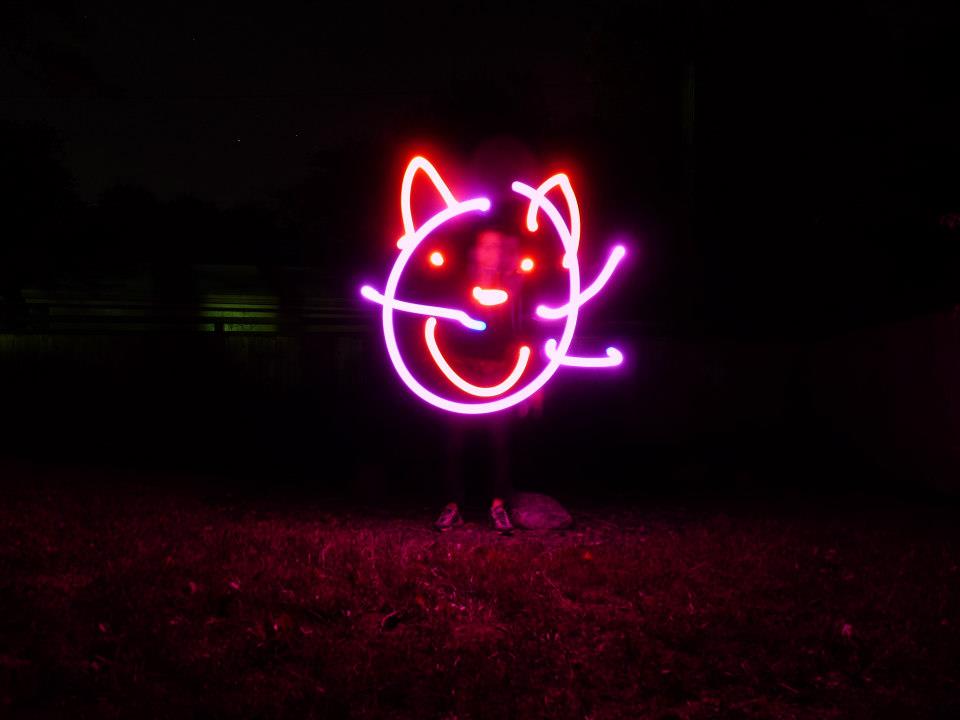