is the set of reflectance indices that are constrained to equal 1, and

is the set of indices that are constrained to equal

(the smallest allowable reflectance, typically 0.00001). Initially, both fixed sets are the empty set. Each time the optimization is repeated, the

have their indices added to

have their indices added to

We define two matrices that summarize the fixed sets, for example:

has three rows), and the first, sixth, and fourth are the particular ones being constrained. The order in which the rows appear in these matrices is not important.

At each iteration of the ILSS method, this linear system is solved:

are Lagrange multipliers associated with the

This system can be solved for

, respectively. They can be computed ahead of time. Note that only an

matrix needs to be inverted at each iteration, where

is the number of

values being held fixed, typically zero or a small number. When

is zero, the ILSS method simplifies to the LSS method. Here is a Matlab program that performs the ILSS (Iterative Least Slope Squared) method. It also works in Octave. Matlab code can be dense and difficult to read, so I’ve prepared a line-by-line commentary for understanding the code.

Derivation
Here are my notes on deriving the expression for 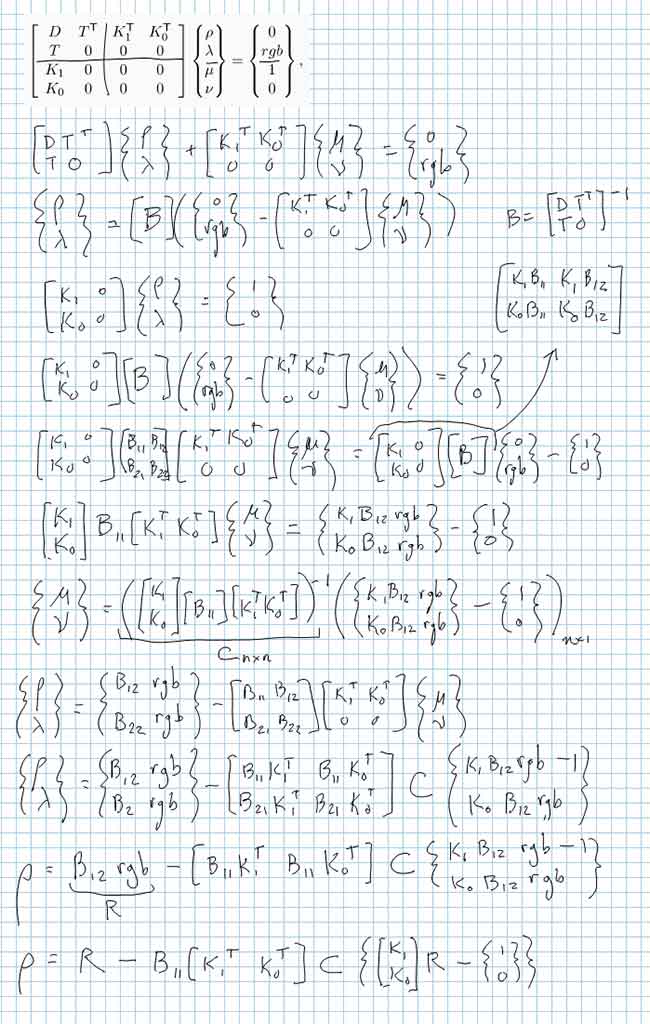